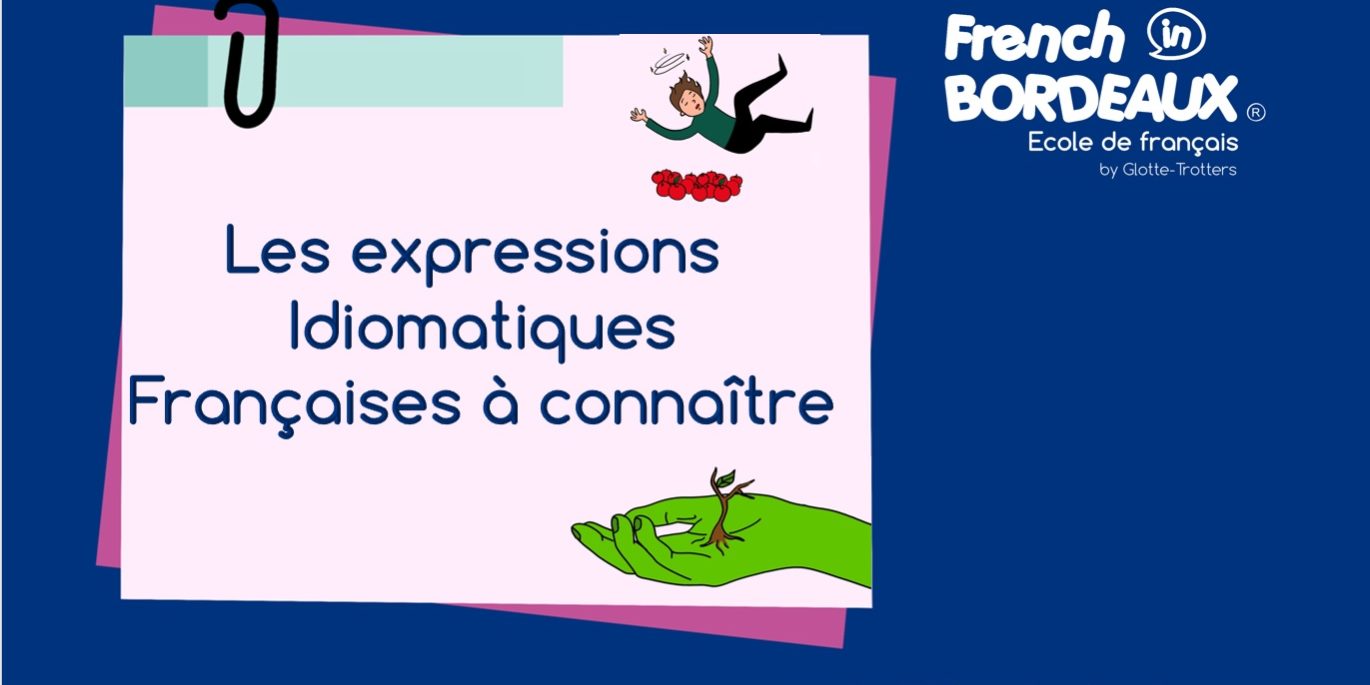 Similarly to in English, there are various French idiomatic expressions which can be one good way of making your French sound more fluent, alongside good pronunciation of course. Some of these idiomatic expressions – the ones mentioned in this article – are linked to food, and also often relate to similar English expressions. For example, in French ‘avoir la pêche’ is to be on good form or to be feeling great, a bit like ‘feeling peachy’ in English.

‘C’est la fin des haricots’ is another idiomatic expression, which literally means ‘it’s the end of the beans’. However, in French, if we hear people say this, they’ll be talking about all hope being lost, or the end of the line. That said, it can also be used sarcastically in a trivial situation which in reality is probably not that bad.

The origins of certain French idiomatic expressions are often quite interesting and date back further than we might think. For example, ‘c’est la fin des haricots’ comes from the idea that beans (haricots) are cheap and many years ago, they would be dried, put aside, and saved for hard times. Therefore, we know that if someone’s eating the last of the beans they’re most probably not in a good place.

Some of the idiomatic expressions, like ‘avoir la pêche’ as mentioned above, have similar English counterparts. For example, ‘être rouge comme une tomate’ means to be so embarrassed that you’re blushing red like a tomato, or like a beetroot, we might say in English. Another similarity is in ‘ne pas avoir un radis’, which means to be completely out of pocket or to not have any money. A comparison in English might be getting paid peanuts, for example, as an expression used for when people underpay employees.

Most of the examples mentioned are somewhat negative, but there are also some idioms related to food in French which are quite sweet. A favourite, for example, is ‘avoir le cœur d’artichaut’, which literally means to have an artichoke heart, but in its idiomatic sense it means to be a hopeless romantic or to fall in love too easily. ‘C’est trop chou!’ is another one which is nice – ‘chou’ normally means cabbage but can also be used as a term of endearment, ‘mon chou’ meaning my dear for example. In this sense, it means that something is really cute or adorable.

I’ve mentioned just some examples of French idiomatic expressions in this article, but there are of course many more, and not just related to food. You can find some more on our Facebook page – and let us know if you come across any other good ones!