Symbols of the French Republic 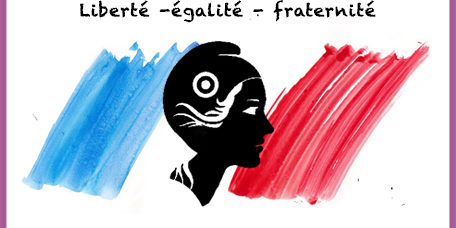 Symbols of the French Republic : Marianne

You could say Marianne is the soul of the French Republic. It represents the permanent values for French citizens. A Marianne is a proud and determined women wearing a Phrygian cap. This symbol of the French Republic came from a forename Marie-Anne, which was very popular during 18th century in France. Marianne symbolise the change regime, it is like “the mother country” who protects the children of the Republic. The Phrygian cap she is wearing is a soft, red felt cap covering the ears, with a rounded top that is pull forward and it’s expressed the values of liberty and revolution. From 1789 Marianne has survived through five Republics and till these days this symbol is popular in town halls together with the features of celebrities like Laetitia Casta.

Symbols of the French Republic : the Marseillaise

Talking about the symbols of the French Republic we cannot forget about the three-coloured flag, the emblem of the French Republic. It has its beginning at the time of the French Revolution. White colour symbolises French kings, blue and red represent The City of Paris. The flag is composed in three equal bands, first blue one is attached to the flag hilt, then it’s white one in the middle and the red one is floating. You can see the three-coloured French flag in civil and military celebrations but also all over public buildings.

14 July the National day is certainly a huge symbol of the French Republic. It’s also called Bastille Day. This day symbolizes the end of the monarchy and the beginning of the Republic. It’s the day when all citizens in presents of the head of State and the military celebrate being part of a republican nation. On the same day every year takes place a military parade along the Champs-Elysee followed up by fireworks and dances all over the country.  14 July 1789 became historical symbol, which proofed in fact that the people were in power, not the God or the King. And for all citizens in France 14 July symbolizes liberty and democracy.

What is this famous pastry from Bordeaux ?
30 November 2021